“A desire to be in charge of our own lives, a need for control, is born in each of us. It is essential to our mental health, and our success, that we take control.” –Robert F. Bennett

I got a cell phone finally. : D I am so happy about it. I have a plan with my father. I have to pay half the bill but I did get my phone for free. Buy one phone get one free. 😛 Pimp isn’t it? Well, I thought so. I got a Nokia 3595. It’s got a colored screen and everything. It’s pretty neat. I am just so glad I got one finally.

I didn’t go to school yesterday because I went to town with my mother. I got my cell phone. Chris did get to spend the night Friday. That was a plus. I miss him so much now, since we really don’t get to spend a lot of time out side of school together. I love him so much. I just wish we could hurry up and get his mother to let him move in. But I have no clue how that is going to work. I just hope everything will be okay. He is so scared that I am going to cheat on him again. Which I already promised him and MYSELF I wouldn’t do that. I understood what I did and I don’t want to lose him over something stupid like that.

I am just sitting here looking up personal sites and being bored. Chris is suppose to call me back at 10 on my phone. He had to get him a cell phone too because his mother was going to make him pay half the phone bill when he doesn’t even use the phone a total of 20 minutes a day. I know he doesn’t even get to use it that much. His mother won’t let him. She won’t let him get online or anything. She barely lets him come over here. Which really pisses me off! I mean we are dating and we should be able to see each other. But no, the bitch has to be a dumb ass and thinks she doesn’t know what she plans. Like Chris and I didn’t know she would go through our stuff. That fucking BITCH!! Sorry, I had to get that out. I mean I have been holding that in for a while. I hope she remembers my URL so, she can read what I said about her. I swear I want to go off on her but I won’t because I love Chris and I don’t want to make it where she won’t let us see each other all together. You Know? But any who…..

I think I better go before I go off some more….LMAO 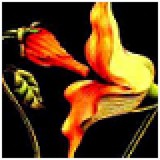